You are not ordinary and you don’t want to settle for ordinary vacations. You are going to explore castles. 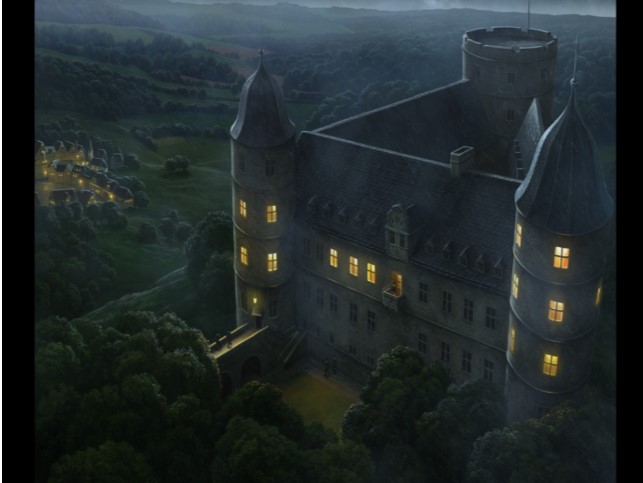 What Awaits at Wewelsburg Castle

If your idea of the perfect vacation is far from pedestrian, perhaps you should consider vacationing at a castle where a gap of over five hundred years and the present immediately disappear once you lay eyes on a magnificent fortress on a hillside. Is it time for you to plan a vacation where it is still possible to relive the past be the memories romantic or sinister? The choice is yours.
Many castles throughout Europe have been restored to their former glory and make available short and long term rental opportunities including B&B services where you may explore, play, and rest in the same location as ancient royalty once did. Other castles may have undergone only partial restoration and do not offer hotel amenities but should not be overlooked for many are diamonds in the rough.
You may return home with dreams of a long past medieval history brought back to life where men so gallant, dressed in a silk tunics and sweeping woolen cloaks or suits of armor, mount their magnificent steeds and gallop across the verdant green country side. Ladies of the court, both royal and noble, appear in public with perfectly coiffed hair, topped with sparkling diamond tierras, while their gowns of silk, satin and damask, rustle noisely as they float about on enormous winding staircases and in the great halls.
Two castles that must be included on any vacation short list are in Germany. The first is the fairytale Castle Hotel Auf Schoenburg which sits on a lofty mountaintop with steep cliffs that overlook the River Rhine. While gazing down from the ramparts along the defensive wall near the top of this massive stone castle, archer’s bows once spit arrows down upon the enemy and loyal knights galloped upon the nearby slopes that gave way on one side to beautiful rose gardens and decorative shrubs and trees. On the other side, the River Rhine still rushes past the fortress toward the tranquil town of Oberwesel. This luxury castle hotel is proud not only of its noble past but also of the 5-star accommodations and cuisine it offers today.
Another castle that is a must-see lies in Welwelsburg, Northern Westphalia, overlooking the Alme Valley. This castle best exemplifies how different castles evoke different emotions be they romantic or sinister. While many visitors to Welwelsburg Castle are reminded of the “days of yore”, those more familiar with this three-sided stone structure are reminded that it was here in this forbidding fortress that “SS Chief Himmler plotted the darkest deeds of WW2.” Third Reich historian Phillip Mayer, who specializes in Nazi history, writes that “Himmler developed the corp into one of the Nazis’ most powerful organisations and its spiritual center was Wewelsburg.”1
Many of those who explore the stone cold rooms, nooks and crannies, and winding staircases are convinced that the spirit of occultism envelopes this place still due largely to the fact that it served as the spiritual home to one of the cruelest mass murdering cults in the history of mankind. In Himmler’s mind, he was recreating Camelot in real time where his near psychotic obsession with Aryan medieval fantasies could be realized.
A tour of this unique, German castle in Northern Westphalia, with its Nazi symbols such as swastikas and an inlaid Black Sun, serve as a reminder of the duality of humanity – its dark side as well as the good, represented by those who laid down their lives for their fellow man in World War II.
While some of its history is tragic, Welwelsburg is not without its beauty and charm. Experience hands-on German history by visiting the museum (Kreismuseum) or participate in one of the various tours where you will learn much more about Welwelsburg, its surroundings, and its people. The castle’s culinary delights are not to be missed. So to, the grounds and surrounding forest, with attending footpaths and are legendary for their beauty.
Of course, castle vacations cost more than the typical European vacation. Due to the uniqueness and sheer size of castle hotel and gardens, much goes into maintaining and staffing the operation, but if one is to believe the comments from past vacationers, it is well worth the extra expense. Rates will change reflecting the seasonal and off season tourist traffic, but any information you require is readily available online.
1 https://www.wewelsburg.de/en/