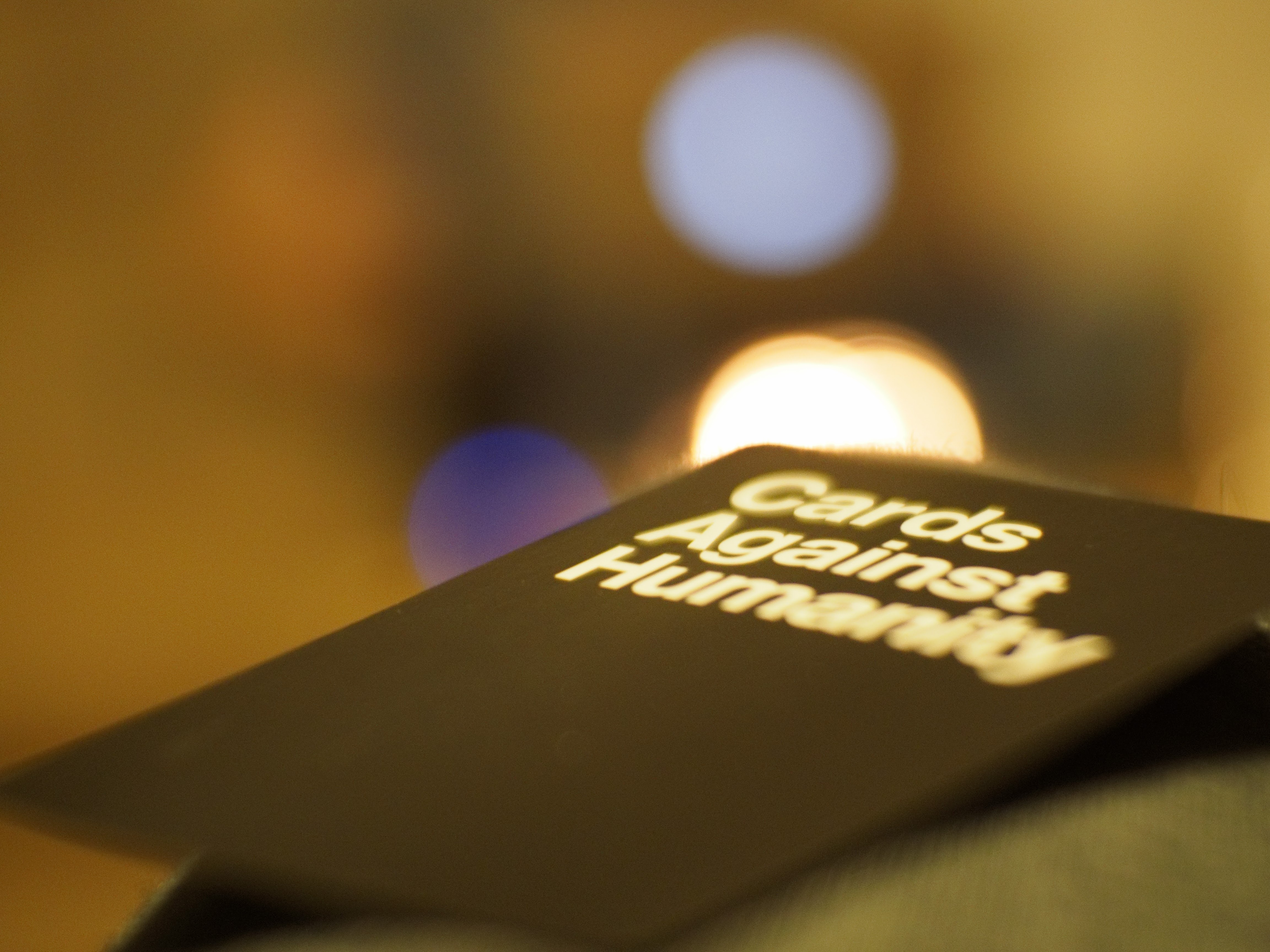 A famous party icebreaker, Cards Against Humanity is an adults-only game for players mature enough to handle the intentionally provocative (but often hilarious) topics and answers. The goal is to pair the answer and question cards in the funniest, most provocative, or cleverest way you can.

Draw ten white cards each. You can only look at your own hand of cards. Leave the rest of the white “answer” cards and black “question” cards separated into face-down stacks.

Play the first black card. The official rules say that the “person who most recently pooped” is the first “Card Czar.” (This might give you an idea of what the game will be like.) If you prefer, the person with the next upcoming birthday can go first instead. That player starts the round by turning over the top card in the black “questions” stack. Read the card aloud and leave it face up on the table.

Shuffle and read aloud the answer cards. Now the Card Czar picks up the white answer cards and shuffles them, so no one knows who put down which card. Reread the black answer card, then read the white cards one by one, putting them face up on the table.

Choose the best answer. The Card Czar chooses their favorite answer to the question. The player who played the winning card gets one “Awesome Point.” The easiest way to track points is to give the black question card to the winning player.

Start the next round. Each player draws back up to ten white cards. The person sitting to the Card Czar’s left becomes the Czar for the next round, picking a new black card.

Play until you’re sick of it. This is a casual, non-competitive game, and people usually play until they get tired of it. If you want a more defined end point, play until one player gets five points (or 7–10 for a longer game). Whoever has the most points at the end of the game wins. 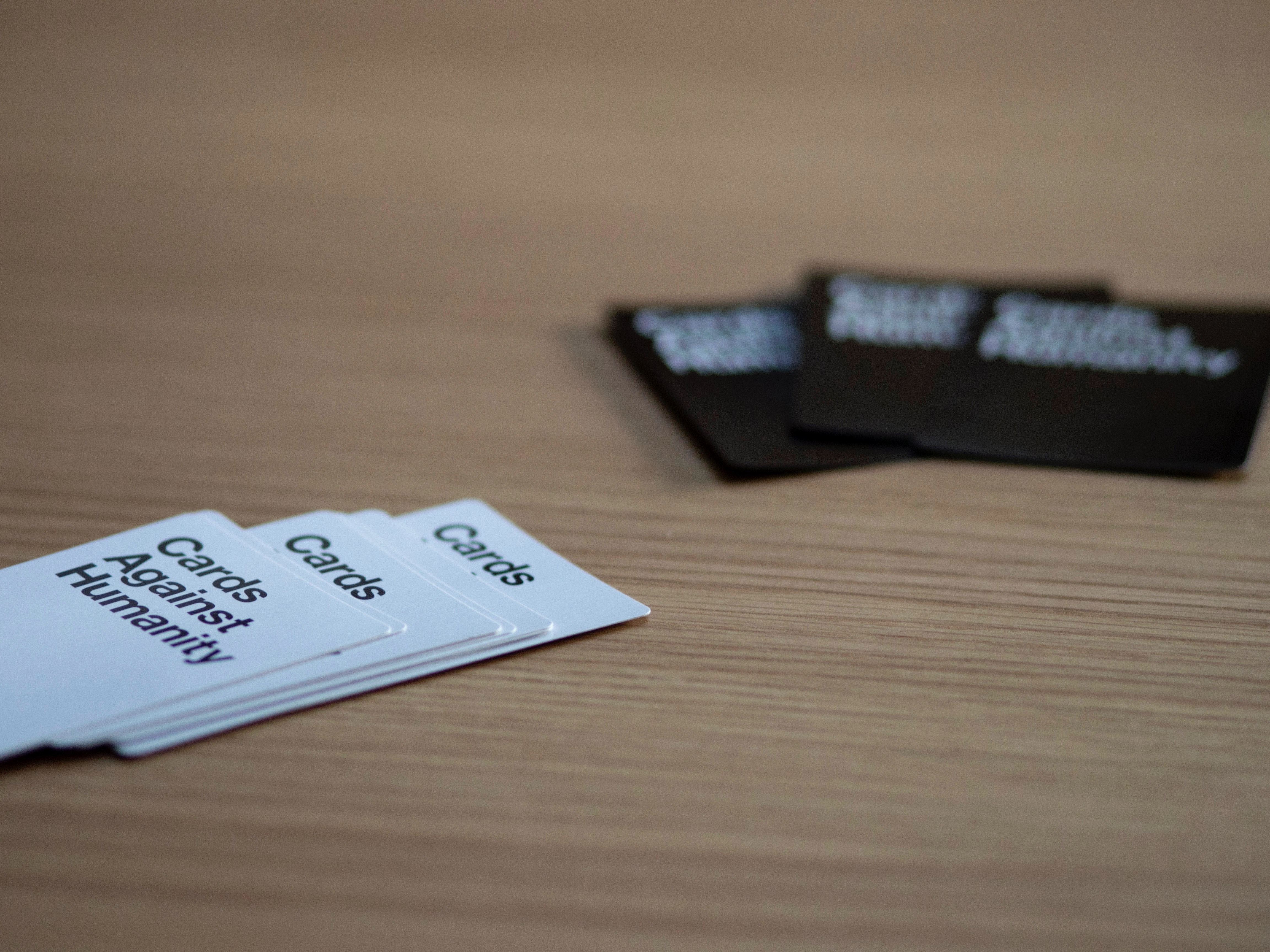 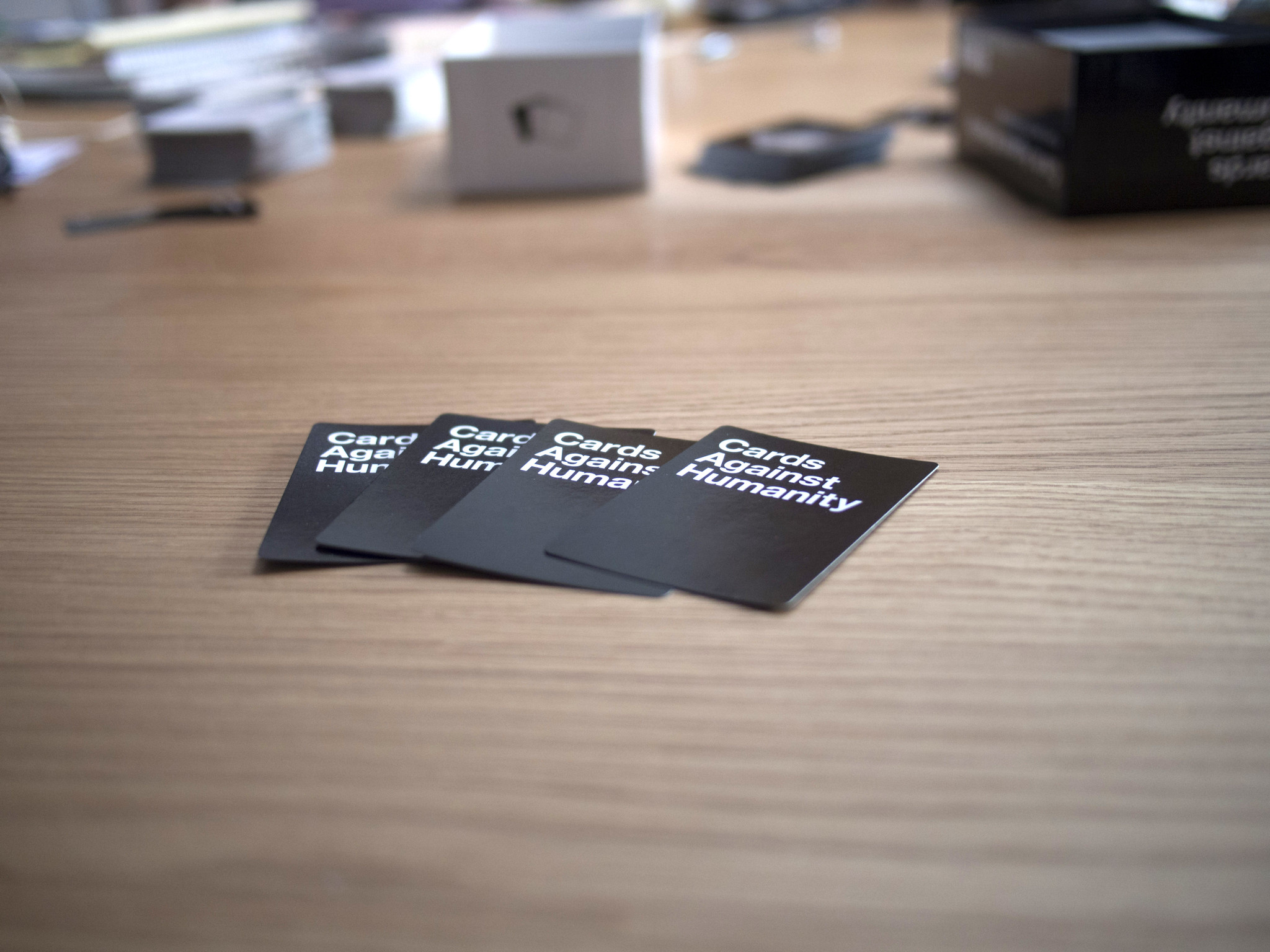 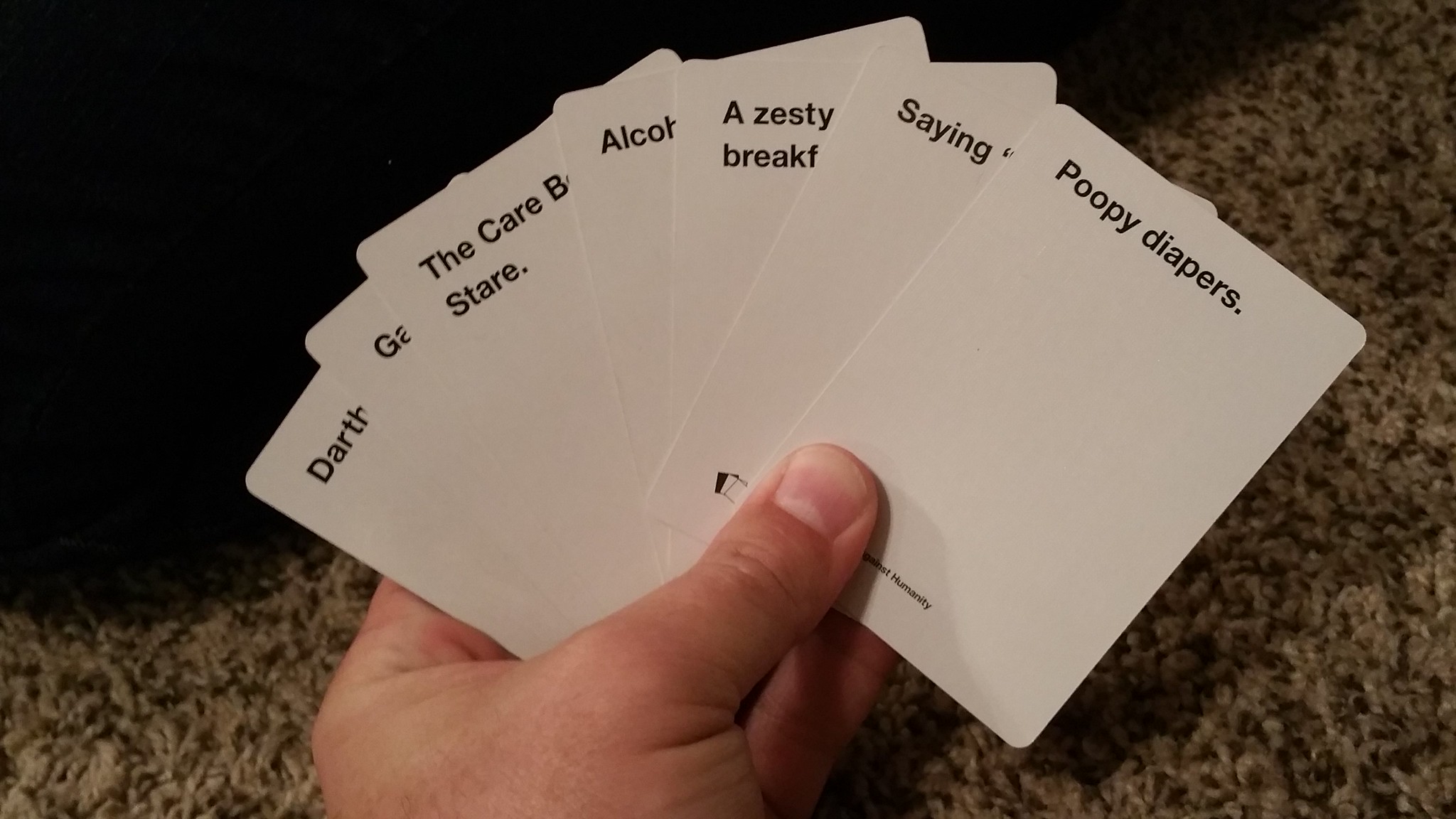 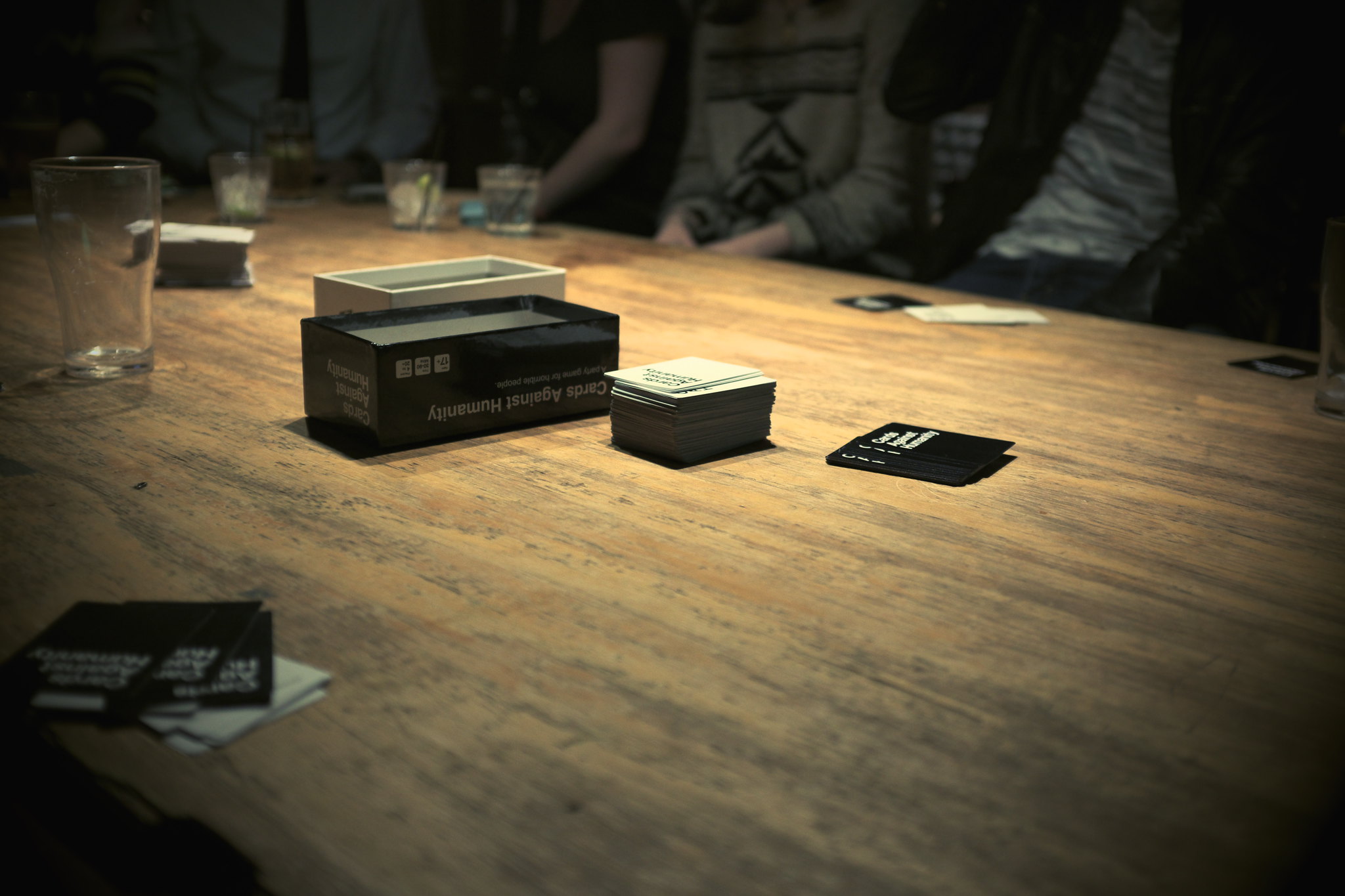 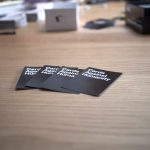 A deck of Cards Against Humanity. Available online, in stores and can be downloaded and printed.

Organize a party night or get-together. You may want to buy and prepare snacks and drinks.