Take 4 players, a ball, a round trampoline-like net and you have Roundnet aka Spikeball ™ 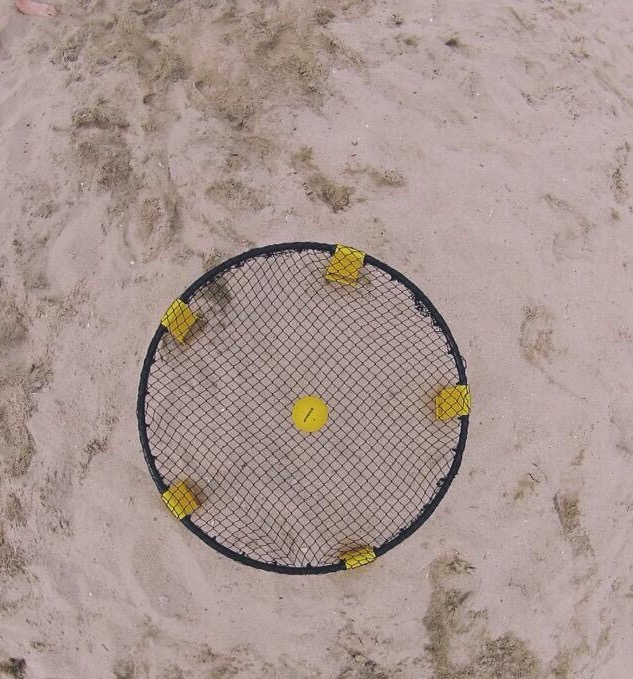 Roundnet is a net sport inspired primarily by concepts from volleyball. It was originally created in 1989 by Jeff Knurek although the equipment he created for the game was superseded in the 1990s. Since 2008 Kankakee Spikeball Inc., a manufacturer of equipment for the sport, has promoted it (for which reason the game is also mentioned as spikeball). There are multiple ways to play roundnet. Most games consist of four players, but there are also two- and six-player variants. Differences include where the players line up and infraction penalties, among others. The materials used in roundnet include a small trampoline-like object with string netting, a small bouncing ball with a 12-inch circumference, and four players. In standard play, players line up next to each other around the trampoline; in other versions, they line up across from each other. In all versions, the game starts with a serve from one team to another, continues as long as the ball is being hit from players to trampoline, and ends when an infraction occurs between either the players or the ball. 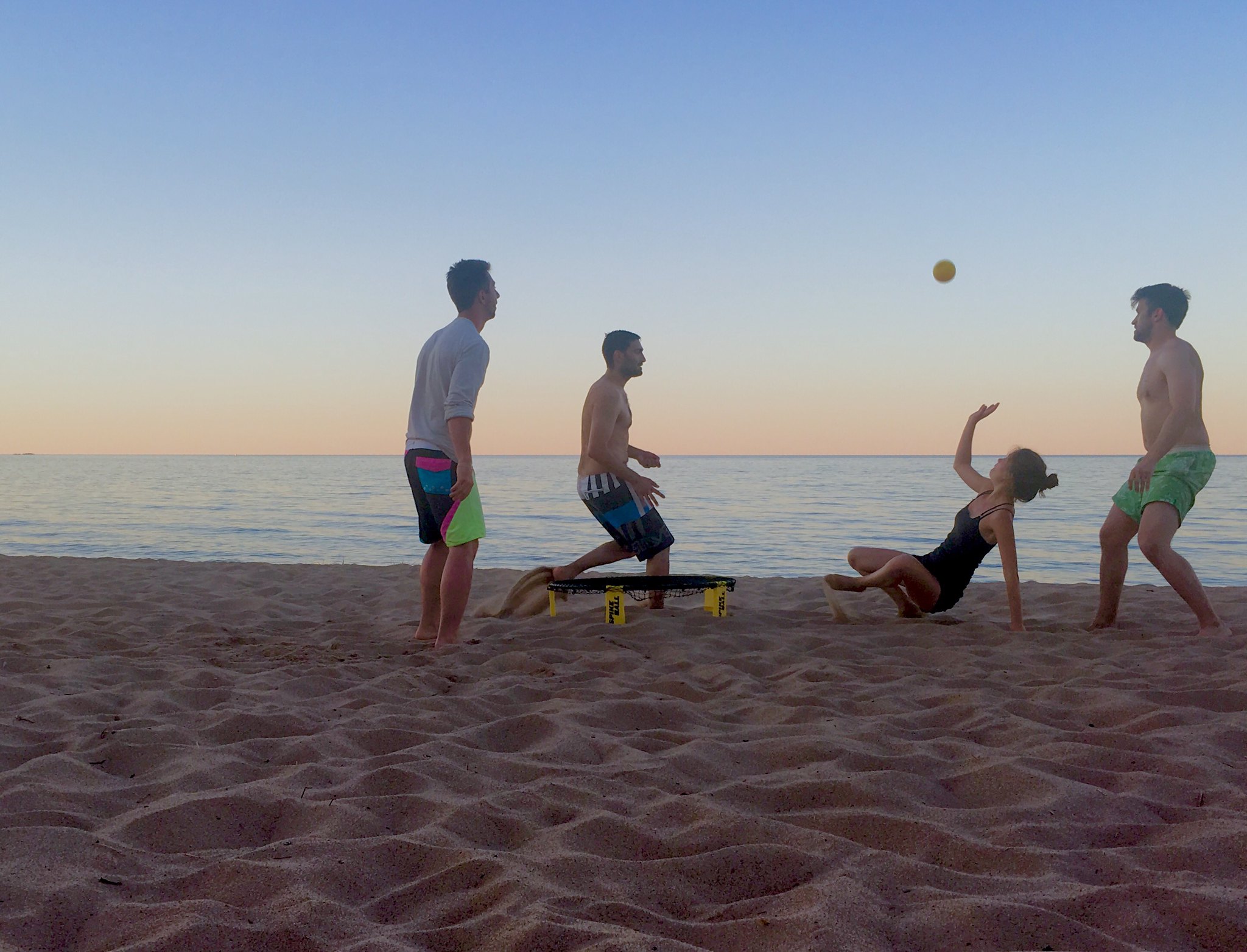 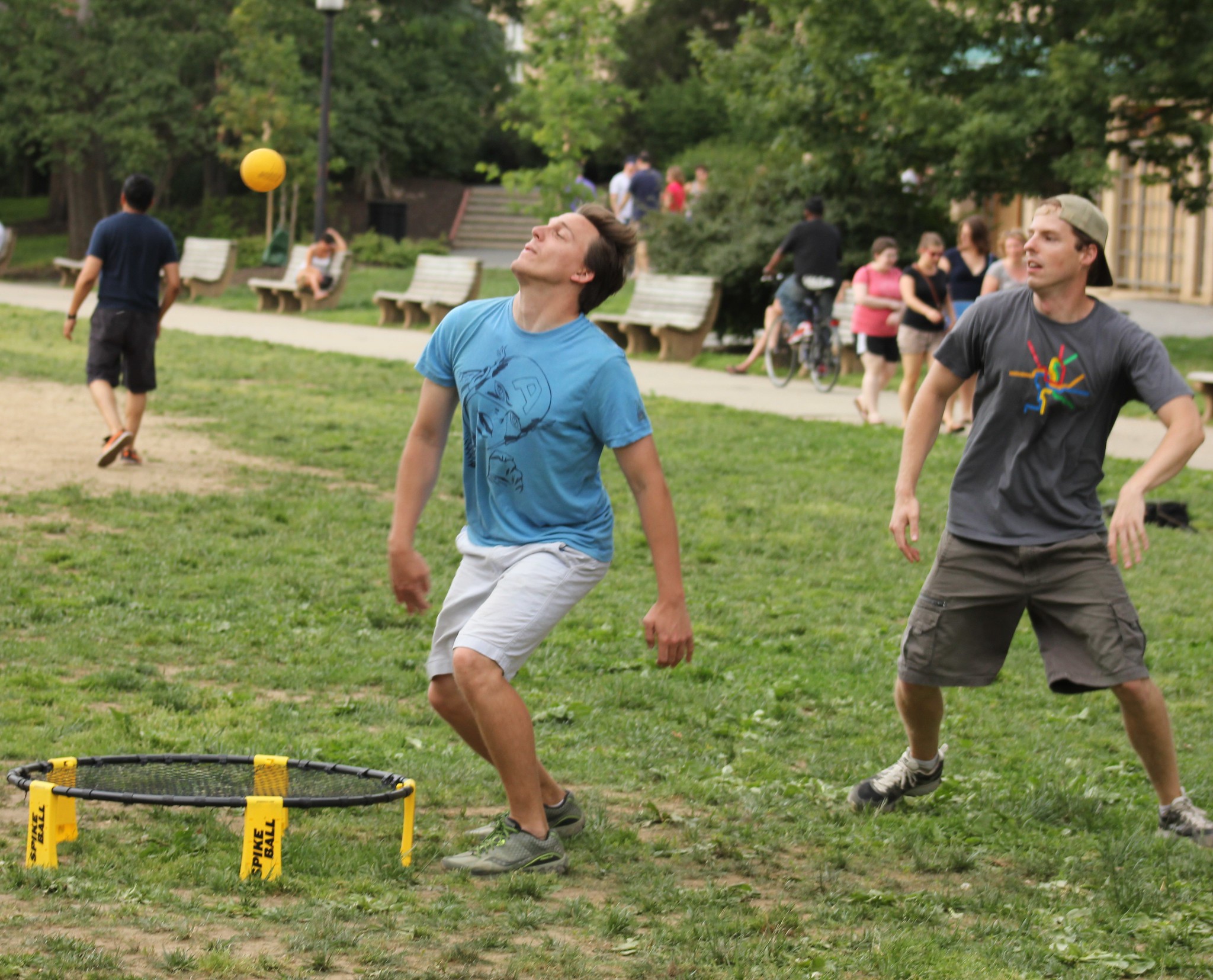 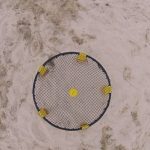 This a Spikeball™ brand net and ball used for the Roundnet game.

If you are new to the sport you may want to look up some oundnet (Spikeball™) videos to get some tips and tricks.

If you are new to the game and you want to see how it works there are great videos showing how to play Roundnet aka Spikeball.

If it is going to be a sunny day make to to bring sun screen and bug spray. if you don’t have any, stop by a store on the way there.

Go for a bite to eat and a nice cold drink to cool down after your game.