Make and launch your own sky lantern 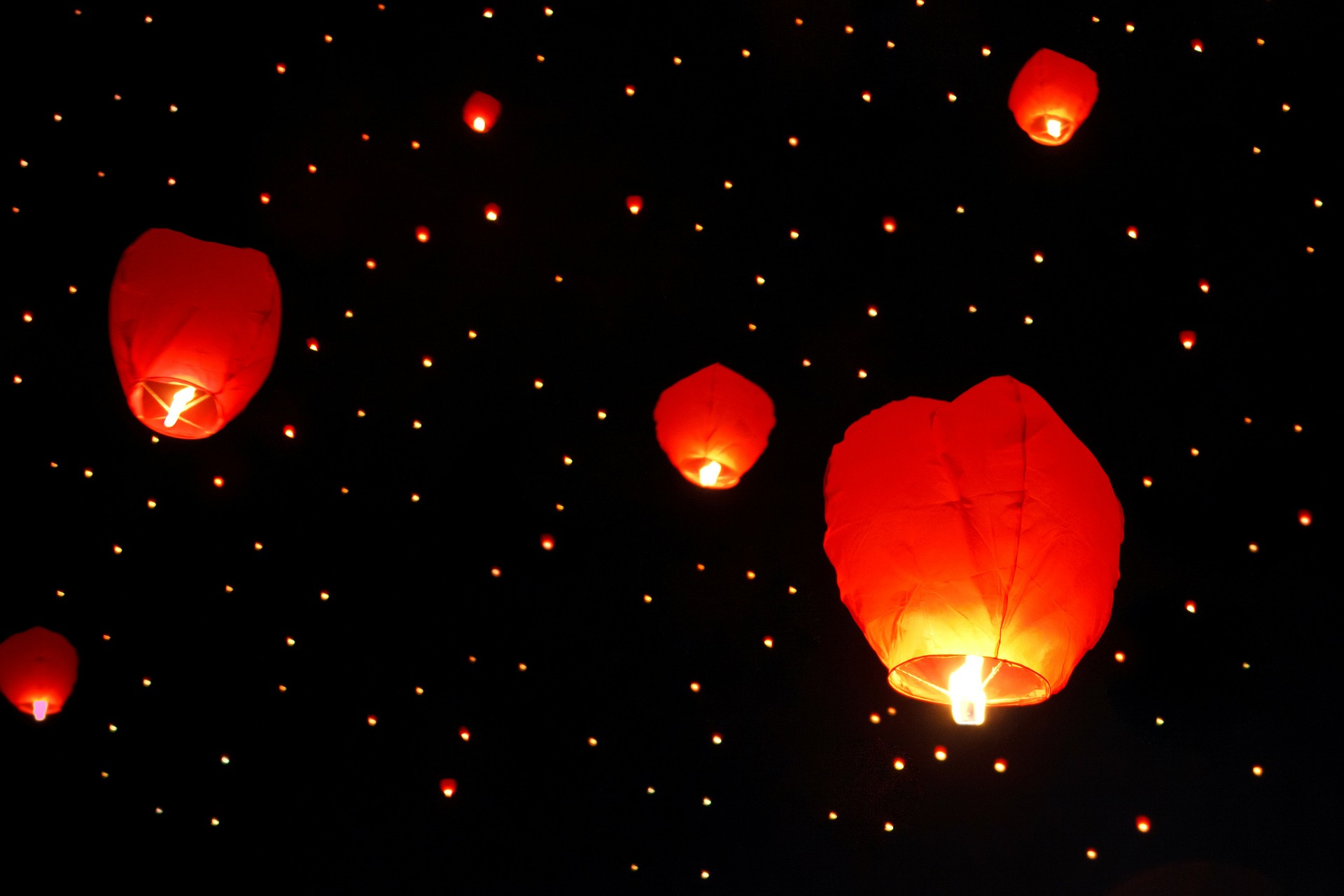 A sky lantern, also known as Kongming lantern, or Chinese lantern, is a small hot air balloon made of paper, with an opening at the bottom where a small fire is suspended.

In Asia and elsewhere around the world, sky lanterns have been traditionally made for centuries, to be launched for play or as part of long-established festivities. The name sky lantern is a translation of the Chinese name but they have also been referred to as sky candles or fire balloons.

Sky lanterns can cause fires and are not allowed in many areas. Check with your local government to be sure you are allowed to launch a sky lantern in your area. 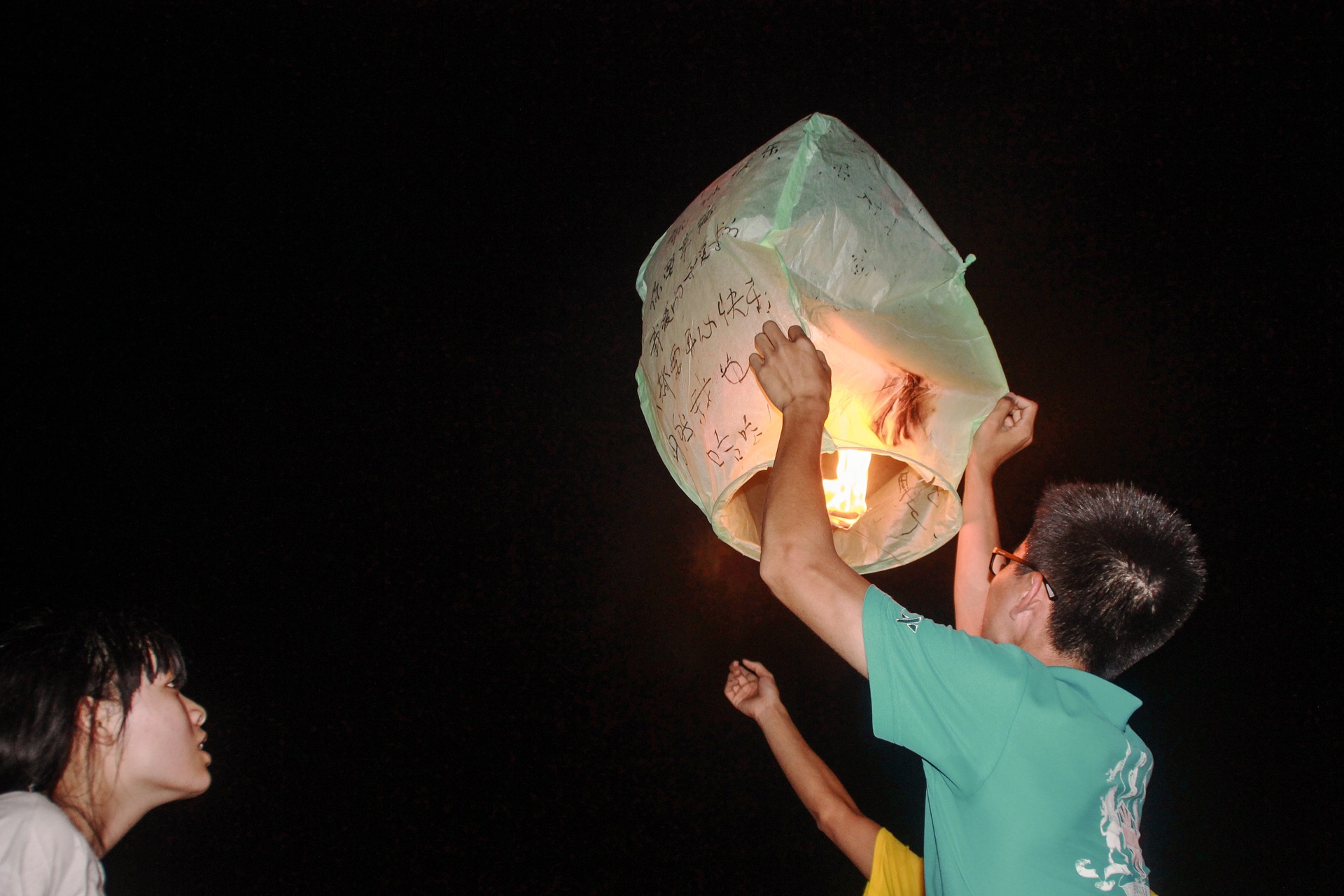 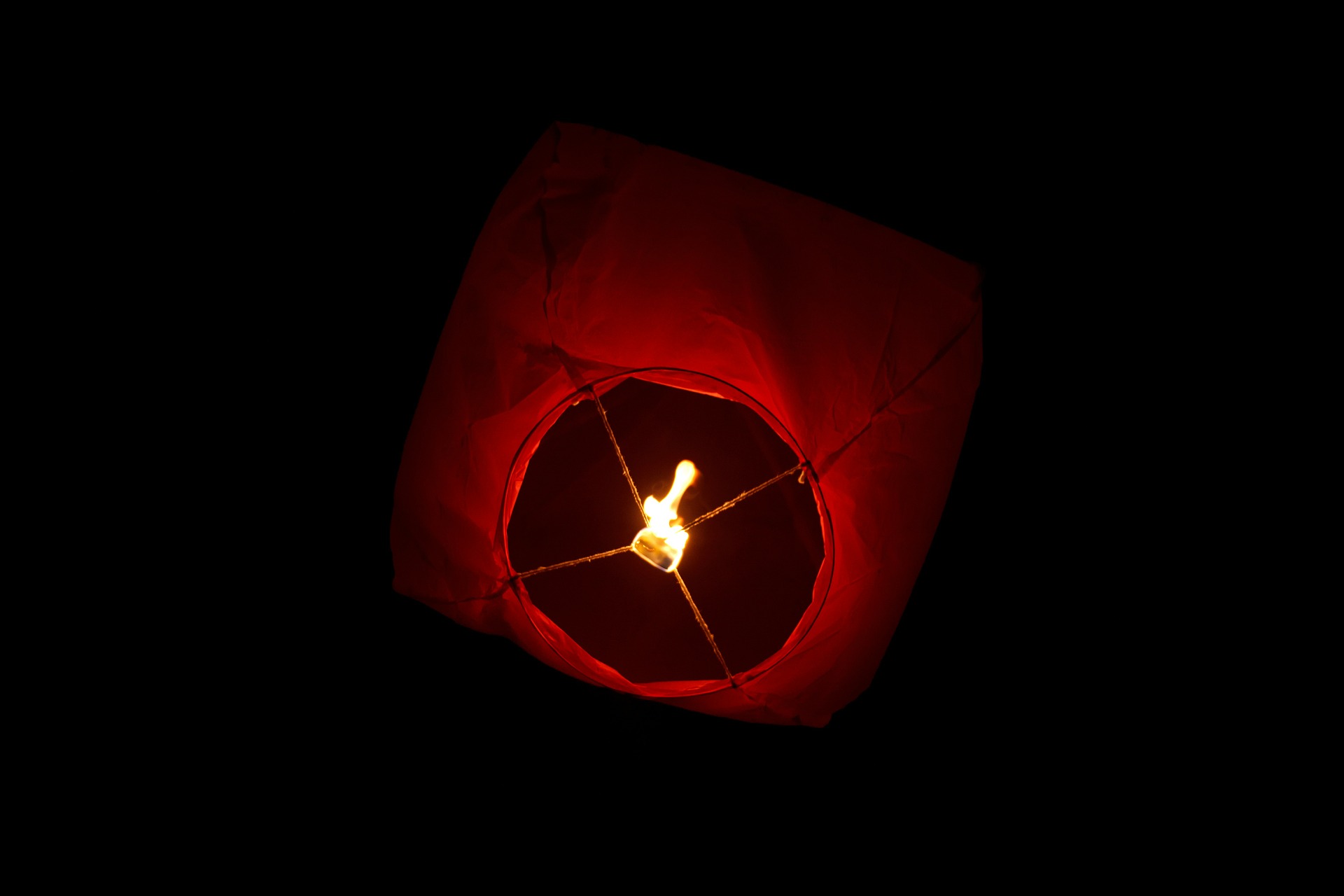